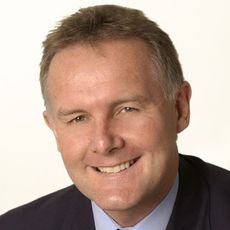 Mr Mallon acted for the Tele Columbus Group in restructuring its debt by means of a debt transfer and debt-for-equity swap implemented via several schemes of arrangement; for Calyon in relation to ongoing negotiations with FGIC regarding settlement of transactions relating to the Rhineland Conduit; for Carlyle in relation to Carlyle Capital Corporation Limited’s restructuring and renegotiation of its credit lines; and Residential Capital LLC in connection with its financial restructuring. He advised British Vita in relation to the restructuring of complex debt facilities for its operating companies, as well as various clients regarding their distressed investments arising in relation to the US Chapter 11 filing of Lehman Brothers. He advised other lenders with structured investment vehicles on issues arising out of the recent credit crisis in the subprime and related structured investment markets. He also advised TORM A/S in connection with its financial restructuring, reducing its debt from US$1.4 billion to US$561 million, and involving third-party investor Oaktree Capital in contributing a number of vessels to the restructured TORM entity in return for an equity interest. He further advised Danaos Corporation, a Greek-based shipping company, in respect of its out-of-court refinancing of approximately US$ 2.2 billion of secured debt spread over 13 term loan facilities, resulting in a reduction of the company’s outstanding debt by approximately US$ 551 million and retention by existing equity holders of a greater than 50 per cent shareholding interest.

Mr Mallon has repeatedly been selected for inclusion in Chambers Global: The World’s Leading Lawyers for Business.