Mr Gates is an aviation lawyer whose clients include airlines, airports, ground handlers, financiers, manufacturers and their insurers. He has been involved in more than 50 international aviation disasters through his career. He was senior partner of the leading aviation law firm Beaumont and Son before founding Gates and Partners, which employed 60 lawyers specialising in various aspects of aviation law, with offices in five jurisdictions worldwide. From 1998 to 2013, Mr Gates was the legal adviser to the International Union of Aviation Insurers (IUAI) representing it at the diplomatic conferences resulting in the Montreal Conventions of 1999 regarding passenger liability and 2013 in respect of surface damage and the meetings discussing changes to the Tokyo Convention on Offences Committed on Board Aircraft 1963.

Mr Gates is CEO of Gates Aviation Ltd specialising in risk, disaster, dispute resolution and safety management. He is also senior vice president of legal affairs at Kenyon International Emergency Services, legal adviser of the European Regions Airlines Association, a member of the legal advisory committee of the Flight Safety Foundation, and an arbitrator registered with the London Centre for International Arbitration and the Shanghai Dispute Resolution Centre. In his spare time Mr Gates is also director of Latimer Vintners Ltd and enthusiastic amateur oenophile. 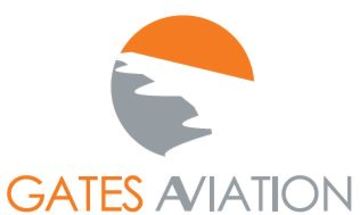 The Aviation Law Review continues to be among The Law Reviews’ most successful publications. This year we welcome new contributions from France, South Korea and Spain, plus two new chapters concerning covid-19. We would like to extend our thanks to the many contributors to this volume and welcome those who have joined the group. Their studied, careful and insightful contributions are much appreciated by all those who now refer to The Aviation Law Review as one of their frontline resources.