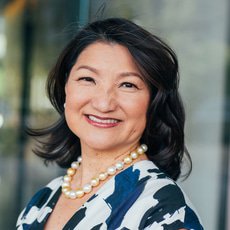 Karen Wong is a partner in the Los Angeles office of Milbank LLP and a member of the firm’s global projects, energy and infrastructure finance group. With over 32 years of practice, Karen has spearheaded the development and financing for some of the largest thermal and renewable energy power projects in the world, including innovative concentrated solar power projects and coal gasification facilities involving carbon capture and sequestration projects, amounting to tens of billions of dollars across the United States, as well as in China, South East Asia and South America. Several of her transactions warranted ‘deal-of-the-year’ accolades by industry publications. Ms Wong was named ‘best in energy, natural resources & mining’ at the 2018 Euromoney Legal Media Group Americas Women in Business Law Awards, and was also named in the inaugural Women’s Power List, published in 2017 by wind industry intelligence service A Word About Wind, and in subsequent lists, and is a well-recognised specialist in the renewable energy sector. She has been selected as one of the Daily Journal’s ‘Top 25 Clean Tech Lawyers’ in California, featured as one of the state’s ‘Top 75 Women Lawyers’ and was included in Institutional Investor’s ‘Guide to the World’s Leading Project Finance Lawyers’. She is ranked by the 2019 edition of Chambers Global and Chambers USA for projects, IFLR1000 and Who’s Who Legal: Project Finance; was listed in PLC Which lawyer?; and is listed in both Expert Guides: Project Finance and Expert Guides: Women in Business Law.