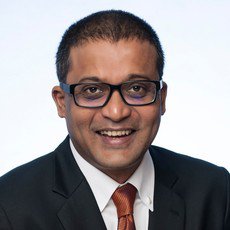 Vivek’s areas of practice include international arbitration and cross-border dispute resolution, with a focus on India.

Prior to joining Allen & Gledhill, Vivek was Deputy Registrar and Head (South Asia) at the Singapore International Arbitration Centre (SIAC), where he was responsible for SIAC’s case management team and also headed SIAC’s India initiatives and its first overseas office in Mumbai. As part of SIAC’s case management team, Vivek has administered and handled over 100 Singapore seated arbitrations including emergency arbitrations, appointments of arbitrators and India related arbitrations.

Vivek was in private practice in India prior to joining SIAC. From 2006 to 2011, he worked with a Senior Counsel in the Supreme Court of India and thereafter, as a senior associate in the dispute resolution team of a top-tier Indian law firm in New Delhi.

Vivek is a member of the Reserve Panel of Arbitrators of the Singapore International Arbitration Centre (SIAC) and regularly writes and speaks on issues in international arbitration in Singapore and India. Vivek is a regional representative of the ICC YAF Committee for South-East Asia.

Vivek graduated from the National Law School of India University, Bangalore and was admitted to the Bar Council of Delhi in 2006.