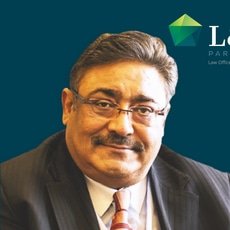 Rajiv Luthra has over three decades of experience as a trusted adviser to the Indian government, and top domestic and international corporations. He has advised the government of India in connection with a number of WTO disputes, as well as assisted several of its ministries in the drafting and review of policies and legislation. Rajiv has taken his firm from being a sole practitioner firm to being one of India’s pre-eminent top-tier corporate law firms. The firm was ranked as the global leader in project finance and public-private partnership and has been recognised as the no. 1 law firm in the world for global PFI and PPP deals by Dealogic. He has been closely involved with the development of project finance and public-private partnership models in India and has advised on infrastructure projects worth over US$100 billion.