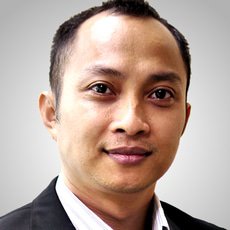 Prior to co-founding the boutique competition practice of Rizkiyana & Iswanto, Vovo served as a member of staff in the Secretariat at the Indonesia Competition Commission (KPPU), where he specialised in competition, consumer protection, public private partnership and antitrust-related litigation. He moved to Assegaf Hamzah & Partners after its merger with Rizkiyana & Iswanto in 2013.

Vovo has successfully litigated a long series of competition cases, mostly involving cartel and abuse of dominant position issues, across a broad cross-section of industries. He has also provided competition compliance reviews (relating to sale and distribution agreements), general merger reviews and merger notifications to the KPPU to numerous companies engaging in various sectors, such as media, chemical, automotive and property. Recently, he has also focused on competition issues relating to the digital economy and its future development.