Hugh Meighen is a partner in the Toronto offices, specializing in domestic and international commercial, investment and construction arbitrations. His broad sector experience includes disputes arising in the telecommunications, IT, oil & gas, healthcare, transit, and mining sectors (amongst others) and governed by a variety of procedural rules and models. As part of his commercial work, Hugh has acted for various companies and investors in disputes with governments, vendors, and service providers in a variety of contractual disputes and in disputes arising under the investment laws of foreign jurisdictions. Hugh has advised clients and appeared in numerous arbitral and adjudicative proceedings under distribution agreements, concession agreements, production sharing agreements and software development agreements. As part of his construction work, Hugh has advised owners, contractors and vendors in disputes regarding delay claims, defective works, variations, cost overruns, terminations and financing issues. He has also acted in a series of alternative dispute resolution procedures regarding complex infrastructure projects within Canada and around the world, including adjudication, expert determination and arbitration. His procedural rule experience includes proceedings under the arbitration rules of the ICC, LCIA, UNCITRAL, ICDR, BCICAC, ADRIC and DIAC.

In addition to his counsel work, Hugh is an adjunct professor of international commercial arbitration at Osgoode Hall Law School and has acted as a sole arbitrator in real property and procurement disputes. He is a Fellow of the Chartered Institute of Arbitrators (FCIArb) and has authored and co-authored various book chapters, articles and commentaries regarding arbitration law, including the Guide to the PCA Arbitration Rules, published by Oxford University Press.

Prior to joining BLG, Hugh practiced in London and Dubai in the international arbitration group of Freshfields Bruckhaus Deringer LLP and was Assistant Legal Counsel at the Permanent Court of Arbitration in The Hague, where he assisted arbitral tribunals in international investment arbitrations.

Hugh speaks English and French and is a qualified lawyer in New York State and Ontario. He earned his degrees with distinction from McGill and Princeton Universities. 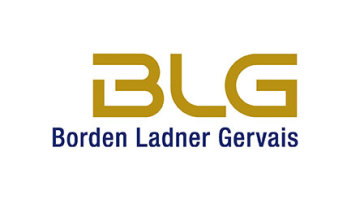