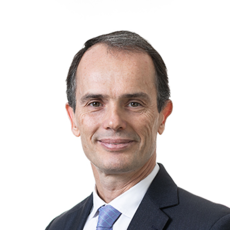 Marcelo den Toom is the partner in charge of the competition, and antitrust and foreign trade departments, as well as a member of the mergers and acquisitions department.

His practice concentrates on the defence of merger transactions, acquisitions and joint ventures before the competition authorities, investigations into anticompetitive and anti-dumping practices, compliance, anticorruption rules, drafting and negotiating corporate acquisition contracts and related documents and advice on corporate and contractual matters.

As a specialist in competition law, he has frequently been recognised by publications such as Chambers Latin America, Best Lawyers, Practical Law, Guide to the World’s Leading Competition and Antitrust Lawyers, International Who’s Who of Competition Lawyers and Economists and Latin Lawyer.