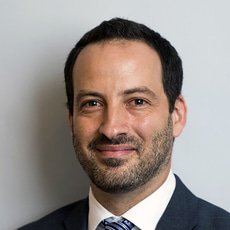 Fernando Basch specialises in corporate criminal law and corporate governance and compliance. He advises companies and international organisations such as the World Bank, the Inter-American Development Bank, the United Nations Development Programme, the World Economic Forum’s Partnering Against Corruption Initiative (PACI) and the Maritime Anti-Corruption Network (MACN). Fernando led the collective remediation strategy for MACN in Argentina, which reduced by 90 per cent the illegal solicitation to bulk carriers in Argentina. Who’s Who Legal 2018 recognised his excellence as an expert consultant and recognised his expertise in criminal and anti-corruption law.

Fernando is also a senior researcher of the Center for Anti-corruption Studies and associate professor on the LLM course in corporate law at the University of San Andrés. Moreover, he teaches economic criminal law on the LLM course at the Palermo University. He was also a visiting scholar at the Southwestern University School of Law (US).

Previously, Mr Basch was adviser to the Chamber of Deputies (2002–2006), director of the justice reform programme of Argentina’s Association for Civil Rights (ADC) (2009–2011) and secretary of the human rights programme of the National General Defender’s Office (2011–2012). He is a member of the Bar Association of the Federal Capital (Colegio Público de Abogados de la Capital Federal). He received his law degree from the Law School of the University of Buenos Aires (2001), completed a postgraduate degree in Criminal Law from the Palermo University (2005), and an MA in legal and political theory from University College London (2008). He also obtained an Anti-Bribery Specialist Accreditation (TRACE International, 2012).