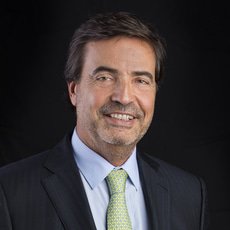 Pedro Ferreira Malaquias is a partner based in the Lisbon office of Uría Menéndez – Proença de Carvalho.

He joined Vasconcelos, F Sá Carneiro, Fontes & Associados (which later integrated with Uría Menéndez – Proença de Carvalho) as a partner in 2001. He now heads the firm’s finance department and is responsible for the areas of banking and insurance.

Before joining the firm, Pedro worked in the legal department of Banco Português do Atlântico, SA and in the Competition Directorate General of the European Commission. He headed the legal department of BCP Investimento – Banco Comercial Português de Investimento, SA between 1995 and 2001. Since 1998, Pedro has worked as a legal consultant for the Portuguese Banking Association, and acts as its representative on the legal committee and the retail committee of the European Banking Federation. He is also a member of the European Financial Markets Lawyers Group.

He specialises in banking and insurance law and is involved in banking, giving advice on all legal aspects related to retail and investment banking, including regulatory and supervisory matters; in securitisation and covered bonds transactions; and in insurance, negotiating insurance contracts on project finance and structured finance transactions, giving advice on insurance products such as unit-linked life insurance agreements, and regulatory and supervision issues.