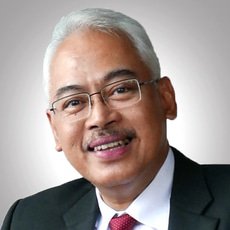 As a senior partner and co-head of the alternative dispute resolution (ADR) and court litigation practice group at Assegaf Hamzah & Partners, Eri Hertiawan is a seasoned litigator and arbitration specialist with extensive experience in commercial disputes in the aviation, real estate, shipping and energy sectors. He is certified as an accredited mediator by the Indonesian National Mediation Centre (Pusat Mediasi Nasional) and the Centre for Effective Dispute Resolution (CEDR) in the United Kingdom. In addition, he is a member of the Chartered Institute of Arbitrators and the SIAC Users Council. Most recently, Eri was appointed as a member of SIAC’s Court of Arbitration. He is the first Indonesian advocate ever appointed by SIAC.

Eri is consistently recommended and ranked by various legal publications as a highly regarded practitioner. The Legal 500 describes him as ‘having extensive experience in ADR’, while Chambers and Partners states that Eri is ‘an expert who is very informative and detailed in providing information’. He has continuously been named as a ‘Dispute Resolution Star’ by Benchmark Litigation since 2013, and a ‘Market-Leading Lawyer’ for dispute resolution by Asialaw since 2011.