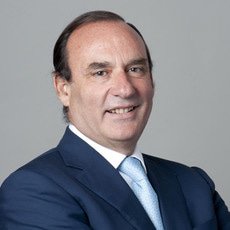 Luís Soares de Sousa’s practice focuses on advising and representing airlines, banks, manufacturers and leasing companies on cross-border leasing operations. He represents both Portuguese and foreign clients in all kind of transactions, in particular, purchase and sale of aircraft, aircraft leasing, aircraft finance, insurance, mortgages, import, export, and aircraft repossession. He also deals with the registration of aircraft in Portugal as well as with all legal formalities required to obtain operation licences, air operator’s certificate and other regulatory permits required for the use and operation of aircraft. He focuses on the incorporation of non-regular air carrier companies in Portugal and in relation to the purchase of several aircraft, certification of the aircraft in Portugal, negotiation of lease agreements, the obtaining of the required authorisations and clearances to operate seasonal charter flights, and in the incorporation of airline companies in Portugal.

His main areas of practice include not only aviation and aviation finance, but also procurement, mergers and acquisitions, real estate, projects and infrastructure, insolvency and business reorganisation proceedings and sports law.

He is recommended by several directories, including Chambers Europe (ranked as Tier 1 in Aviation).

He has a law degree from the Lisbon Universidade Livre (1984), and has been a member of the Portuguese Bar Association since 1985. He started practising in aviation in 1986. In 2001, he joined Cuatrecasas Gonçalves Pereira as a partner, heading the firm’s corporate and aviation practice area.

He regularly contributes to publications regarding aviation matters.