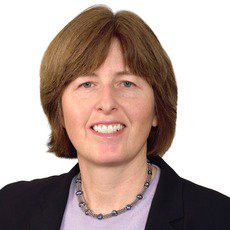 Jean E Anderson is a partner in the banking and finance law group at Goodmans. Her practice focuses on financing, corporate transactions and regulatory matters. With more than 30 years of extensive expertise in the areas of complex domestic and cross-border financings, project finance, structured finance, asset-based lending, debt restructuring and regulatory matters relating to financial institutions, she is recognised as a leading practitioner of banking and finance law by Chambers Global, Euromoney’s Expert Guide: The Legal Media Group Guide to Banking Lawyers and Expert Guide: The Legal Media Group Guide to Women in Business Law, IFLR 1000, Best Lawyers in Canada and Law Business Research’s Who’s Who Legal: Banking. She is recognised for asset-based lending and banking by The Canadian Legal Lexpert Directory, The Lexpert/American Lawyer Guide to the Leading 500 Lawyers in Canada and The Lexpert Guide to Leading US/Canada Cross-Border Corporate Lawyers in Canada. In addition, she was recently named Best Lawyers 2015 Toronto Asset-Based Lending Practice Lawyer of the Year and recognised as a leading infrastructure lawyer in Canada by Lexpert. She also received the 2009 Lexpert Zenith Award, recognising her as one of Canada’s leading female lawyers. She formerly served as a law clerk to the Chief Justice of the Ontario Court of Appeal, and was admitted to the Ontario Bar in 1981.