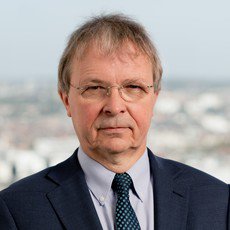 John Ratliff is a partner in WilmerHale’s Brussels office. He has been practising EU competition law for more than 30 years, dealing with all aspects. In the mergers field, he has been involved in some 40 cases, some with remedies, including Phase II and complex Phase I EU procedures such as Boeing/McDonnell Douglas, Unilever/Bestfoods, Statoil/Hydro, StatoilHydro/ConocoPhillips (JET), Halliburton/Baker Hughes and GE/Baker Hughes. He has handled numerous worldwide filings with local counsel. In April 2015 he chaired the panel at the ABA Spring Meeting on international merger remedies: ‘Cross-Border Remedies – Still safe in Antarctica?’. Mr Ratliff has also represented companies before the European courts in competition law cases and works in other EU law areas.