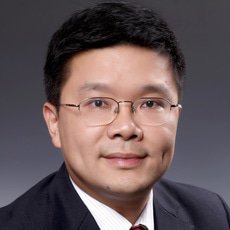 Zhan Hao is the managing partner of AnJie Law Firm. He specialises in litigation and arbitration of insurance and reinsurance cases, M&A relating to insurance companies, establishment of domestic and foreign-funded insurance organisations in China, utilisation of insurance funds and insurance compliance, etc. He also has great experience in antitrust filings with MOFCOM, defence of investigation on monopoly agreements (cartels) and abuse of dominance, antitrust private litigation, antitrust compliance, antitrust analysis from an economic perspective and anti-unfair competition. As an arbitrator of CIETAC and an experienced litigator, Zhan Hao has handled many complicated cases, some of which were heard by the Supreme People’s Court.

Insurance and reinsurance play an important role in the world economy. Given the expanding reach of the industry, there is a need for a source of reference that analyses recent developments in the key jurisdictions on a comparative basis. This volume, to which leading insurance and reinsurance practitioners around the world have made valuable contributions, seeks to fulfil that need.