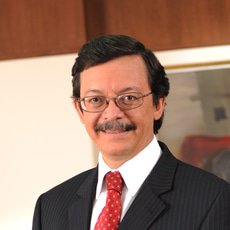 A partner at Lloreda Camacho & Co since 2001, Enrique Álvarez is the head of commercial and corporate law, where he is responsible for the areas of unfair competition and competition and antitrust law, foreign investment and exchange law, privatisations, joint ventures and mergers and acquisitions.

He has been a professor of international labour law and occupational health on specialisation courses in labour law at Medellín’s Universidad Bolivariana, as well as a speaker at seminars and author of several articles on corporate law, particularly on the Commercial Code reform on corporate regulations. Mr Álvarez has a law degree from the Universidad de los Andes and a specialisation degree in labour law from the Universidad Bolivariana. Similarly, he held an international fellowship in active labour policies from the International Institute of International Studies of the International Labour Organisation in Geneva. He is an active member of the International Bar Association and of the board of directors of the Chamber of Legal Services of ANDI. In addition, he has been a member of the board of directors of ANDI’s Bogotá sectional office.