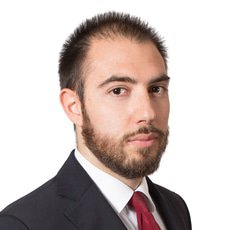 Francesco Iodice is an associate at Cleary Gottlieb Steen & Hamilton LLP, based in the firm’s Rome office. Mr Iodice’s practice focuses on corporate and financial transactions, with particular regard to mergers and acquisitions, as well as financing, restructuring and insolvency matters.