Tom Van Dyck specialises in financial services law and capital market operations. Offering clients substantial experience in regulatory issues (including negotiations or litigation) and a sensitivity for the regulator’s view, he advises financial institutions and fund managers on prospectus rules, market abuse, MiFID, fund regulation (UCITS, AIFMD), as well as banking and other financial services regulation. His practice frequently involves negotiations with the Belgian Financial Services and Markets Authority and the National Bank of Belgium. He also regularly advises representative organisations, including the federation of the Belgian financial sector (Febelfin).

He is a member of the Brussels and New York Bars. He holds a PhD in financial law and teaches at the Facultés Universitaires Saint-Louis (FUSL Brussels) as a visiting professor. He has authored more than 40 publications, and has provided expert advice to the European Commission (in 2007 and 2008) and the European Parliament (in 2007, 2011 and 2012) on a variety of EU financial law issues.

He graduated in law from the University of Leuven (KU Leuven 1999). He obtained additional diplomas from King’s College London and New York University, where he studied as a Belgian American Education Foundation Fellow. In 2006 and 2007, he was a visiting researcher at Harvard Law School.

He joined Liedekerke Wolters Waelbroeck Kirkpatrick as a partner in 2010. 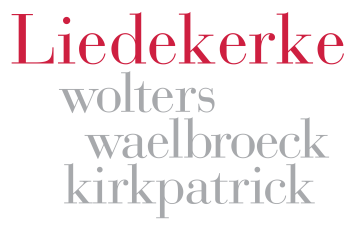