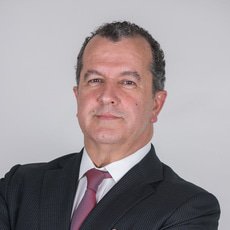 Manuel Protásio was born in Lisbon and graduated in law in 1984 from the College of Law of the Portuguese Catholic University in Lisbon.

He worked on secondment at a Deutsche Bank investment bank subsidiary in Lisbon for approximately one year and has been involved in project finance matters since 1992.

He joined VdA in 1991 and currently heads the Energy & Natural Resources practice.. In such capacity he has participated and/or led the teams involved in the most relevant transactions carried out in Portugal to date on the power (including the renewable energies), oil and gas, road, transport, water and wastes sectors. He has also been actively working in regulation and public procurement procedures of those sectors.

Manuel Protásio is admitted to the Portuguese Bar Association.