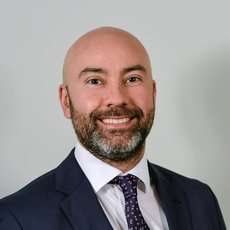 Between 2004 and 2010, Mr Demirkan was heavily involved in all legal issues surrounding the Baku–Tbilisi–Ceyhan Crude Oil Pipeline Project (BTC), where he played a key role in real estate, corporate, employment, litigation and regulatory issues. In addition to BTC, Mr Demirkan advised clients in connection with the Nabucco gas pipeline and the Samsun–Ceyhan oil pipeline.

In 2011, Mr Demirkan took an active role in the Shah Deniz Stage 2 natural-gas import project, where he led the KDK team advising on the project’s legal structure in Turkey, including intergovernmental agreements, Turkey’s natural gas market legislation, the Transit Law as well as on related commercial and public international law matters. Mr Demirkan’s energy experience includes advice to an American energy company in its proposed bid in the privatisation of Turkey’s electricity distribution entities. He currently leads the KDK team in its legal advisory services to a Japanese company, in relation to the Sinop Nuclear Power Plant. Between January and June 2012, Mr Demirkan led the KDK team in the firm’s key role in the Trans-Anatolian Natural Gas Pipeline (TANAP) project. In this multibillion-dollar project, the KDK team drafted the Host Government Agreement and negotiated it with the Turkish government, along with the IGA, which was signed in late June 2012. In 2013, 2014 and 2017, Mr Demirkan received the Client Choice Award for his work in energy and natural resources projects. He is also the founding member and board member of the Turkish chapter of the International Nuclear Law Association (INLA).