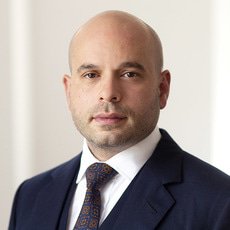 Shaul is a partner at BCL specialising in business crime and regulatory enforcement. Recommended in Chambers UK, Chambers HNW and The Legal 500, he is also ranked as an expert in Who’s Who Legal (Business Crime Defence and Investigations) and is listed by Global Investigations Review as one of the world’s leading young investigations specialists.

Shaul specialises in acting for individuals and companies in complex cross-border matters. He has extensive experience advising on multi-jurisdictional corruption and fraud investigations, asset recovery proceedings (in the UK and overseas), and extradition proceedings (in particular, politically motivated requests). He has acted in numerous high-profile investigations and prosecutions brought by the SFO and many other UK and overseas enforcement authorities.

Shaul also has broad experience acting in ancillary matters such as judicial review proceedings, FCA investigations and applications to Interpol for the deletion of notices or diffusions. He advises companies in relation to regulatory and criminal law issues such as anti-bribery and corruption and anti-money laundering compliance, data protection and responding to requests for assistance in law enforcement investigations.

Shaul studied Business Administration at the University of Bath. He was called to the Bar in 2003 and joined BCL as an employed barrister in 2007. He was admitted to partnership in January 2013.