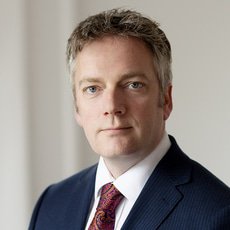 John is a partner specialising in all aspects of business crime, with a particular interest in confiscation, civil recovery and money laundering under the Proceeds of Crime Act 2002 (“POCA”).

His business crime experience includes representing suspects, defendants and witnesses in cases invoking allegations of bribery and corruption, fraud (including carbon credits, carousel/MTIC, land-banking, Ponzi and pyramid scheme frauds), insider trading, market abuse, price-fixing, sanctions-busting, and tax evasion. He has coordinated and undertaken corporate investigations and defended in cases brought by BEIS, the FCA, HMRC, NCA, OFT, SFO and others. He has particular expertise in the myriad legal provisions on anti-money laundering (“AML”) requirements in the regulated sector under the Money Laundering Regulations (“MLR”), civil recovery and confiscation of the proceeds of crime, and criminal offences of money laundering under POCA, as well as related areas such as financial sanctions. He advises businesses (inside and outside the regulated sector) on AML policies and procedures generally, as well as particular risks that may arise under the MLR, POCA, and sanctions laws, including advice on the submission of Suspicious Activity Reports and consent requests. He regularly represents individuals and businesses in connection with confiscation, property freezing and restraint orders, including in relation to applications to defend, discharge or vary such orders.

Much of John’s work is international in nature. He has represented individuals in challenges to the European Court of Justice against their inclusion on targeted sanctions lists arising from the Arab Spring, and advised on numerous Interpol Red Notices and extradition requests, with a particular expertise in challenging allegations made by overseas authorities on the basis of political motivation. His business crime and proceeds of crime cases often involve mutual assistance and/or parallel investigations in other jurisdictions. John is also adept at bringing and defending civil procedures and proceedings, where they arise from allegations of crime or other procedures affecting his clients.

His experience includes proceedings for contempt of court, pre-action disclosure and judicial review in the High Court and the Court of Appeal, as well as HMRC civil investigations and condemnation proceedings, defending petitions to the Companies Court to strike off companies in the public interest, and the disciplinary procedures of regulatory bodies such as the ACCA and the Bar Standards Board. He can also advise on and, in appropriate cases, coordinate legal action in the civil courts against financial institutions in connection with blocked accounts. He also has considerable experience as an author and editor and has given interviews on legal topics for national press and on radio. John studied LLB Law at King’s College London and MPhil Criminology at the University of Cambridge.

He trained and qualified at a general crime firm and then spent three years as a legal and policy adviser at the Legal Services Commission, before joining a leading criminal/regulatory defence firm of solicitors. He joined BCL in 2010 and has been a partner there since 2017.