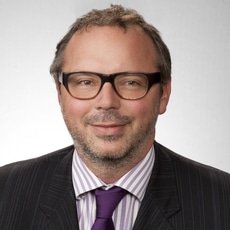 Fabrice Fages is a partner in the Paris office of Latham & Watkins and Chair of the Paris office Litigation & Trial Department. His practice focuses on handling complex litigation and arbitration, with particular experience in mass litigation, as well as investigations and crisis management.

Mr. Fages has extensive experience in French and European public policy matters and in advising companies, professional federations, and NGOs in their relations with public authorities in Paris and Brussels.

He is a founding member of the Paris Europlace Financial Law Committee and former general secretary of an arbitration center. He is also the honorary president of the ANAJ- IHEDN (Institute of Advanced Studies in National Defense) an association attached to this Institute, which is directly linked to the Prime Minister’s services in charge of promoting the strategic issues of national defense and international relations.

Prior to joining Latham, Mr. Fages worked for the French Senate on various business and financial law drafts for a three-year period (1999-2002) and at the French National Assembly.