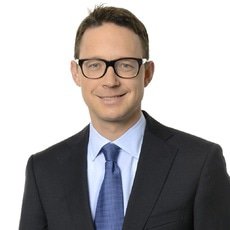 Lukas Wyss is a partner in the banking and finance team of Walder Wyss. He advises banks, insurers and other companies in connection with a broad variety of finance transactions, capital market transactions and, more generally, in regulatory, securities and corporate law matters. In finance, he focuses on corporate debt finance, leveraged finance, acquisition finance, asset finance (including real estate finance) as well as structured finance and securitisation. He advised banks in some of the largest acquisition finance transactions in 2014 and 2015.

Mr Wyss was educated at Zurich University and Lausanne University (lic iur 2000) and Columbia University, New York (LLM 2006, James Kent scholar). He was admitted to the Zurich Bar in 2002. Before joining Walder Wyss in 2007, he gained working experience as a district court law clerk (Meilen, ZH) and as attorney at major law firms in Zurich and New York.

Mr Wyss speaks German, English and French. He is registered with the Zurich Bar Registry and admitted to practise in Switzerland.