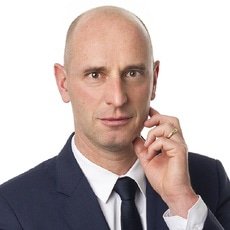 Maurus Winzap is a partner in the tax team of Walder Wyss. He focuses on domestic and international tax issues, particularly in corporate reorganisations, restructurings, structured finance, acquisitions and divestments. Other areas of expertise include tax planning for collective capital investments and cross-border relocations. He lectures and publishes regularly in the field of taxation. Mr Winzap is a lecturer in international tax at the Swiss Institute of Taxation. He was the chair of the organising committee of the 69th congress of the International Fiscal Association (IFA), which took place in Switzerland in 2015. In addition, he is a member of the executive board of the Swiss Tax Law Association (Swiss branch of the IFA).

Mr Winzap speaks German and English. He is registered with the Zurich Bar Registry and admitted to practise in Switzerland.