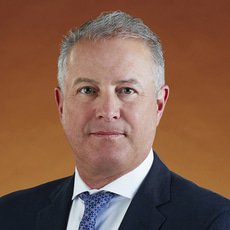 Mark I. Greene serves as the Head of Cravath’s Corporate Department and as the Leader of its International Practice. His practice focuses on mergers and acquisitions, corporate governance and securities matters, including advising on cross-border transactions, private equity deals, complex restructuring transactions, proxy fights, takeover defense, hedge fund activism and global securities offerings.

Mr. Greene has long been recognized as one of the world’s leading M&A practitioners by, among others, Chambers USA, Chambers Global, The Legal 500 United States, The Legal 500 Latin America and IFLR1000. In 2018, he was named the “Cross-Border Dealmaker of the Year” by The Deal.

Mr. Greene received a B.A. from Cornell University in 1989 and a J.D. from the University of Pennsylvania in 1993. After a clerkship with Hon. Charles Legge of the U.S. District Court for the Northern District of California, he joined Cravath in 1994 and became a partner in 2001.