Guillermo de la Rosa Stolk has been a senior partner at Torres, Plaz & Araujo since 1992 and became a member of its board of directors in 1996. He joined the firm in 1984 and became junior partner of the firm in 1988. Before joining Torres, Plaz & Araujo, he worked at Chadbourne, Parke, Whiteside & Wolf (currently Chadbourne & Parke LLC) in its New York office as a foreign associate (1983 to 1984).

He has devoted his practice not only to assisting the firm’s clients’ regular corporate needs, but has also been very active in numerous domestic and international transactions, including, but not limited to, asset protection and cross-border structuring. He also advises on both federal and municipal taxes and estate planning. In his practice, Mr de la Rosa Stolk deals with domestic and international clients, the latter being from America, Europe and the Far East.

On the academic side, Mr de la Rosa Stolk has taught as a guest professor in the masters of economic law programme at the Pontificia Universidad Javeriana in Bogotá, and also in the specialisation in finance at the Instituto de Estudios Superiores de Administración in Caracas.

He is a member of the International Bar Association and the Inter-American Bar Association (Venezuelan Chapter), and represents Torres, Plaz & Araujo at the Capital Markets Committee of the Venezuelan-American Chamber of Commerce & Industry and at the Venezuelan-Colombian Economic Integration Chamber, of which he has been head of the legal committee and a member of its board of directors. Mr de la Rosa Stolk was a member of the board of directors of Mavesa SA, a former publicly traded large industrial food conglomerate from 1994 to 2000. He speaks Spanish and English. 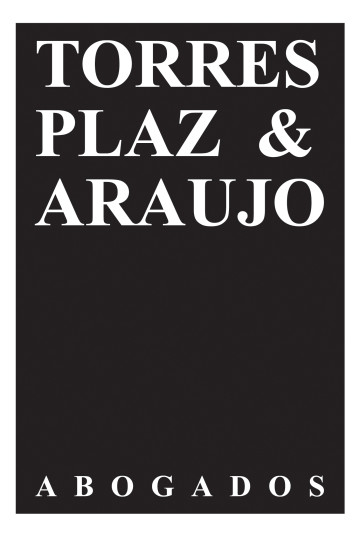