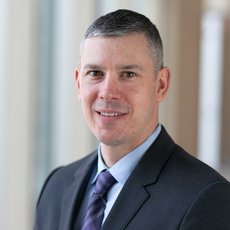 Jason Leonard is a partner in the New York office of Hogan Lovells US LLP. Jason has experience in all aspects of intellectual property law, with a focus on complex pharmaceutical patent litigation. Jason has extensive experience litigating pharmaceutical patents in federal court, including appeals to the Court of Appeals for the Federal Circuit. Jason’s technical expertise includes new drug compounds, enantiomers, polymorphs, drug formulations, and methods of use. He has litigated patents covering oncology drugs, antifungal agents and oral contraceptives. He has also advised clients regarding regulatory exclusivities at the US Food and Drug administration, including patent term extensions, new chemical and product exclusivities, and Generating Antibiotic Incentives Now exclusivity. Jason is listed as a Rising Star in Intellectual Property Litigation in the 2015, 2016 and 2017 issues of Super Lawyers: New York Metro Edition. He is admitted to practise law in New York, New Jersey, several US district courts, the US Court of Appeals for the Federal Circuit and the US Supreme Court.

Before practicing law, Jason worked for six years as a solid-state and analytical chemist at Pfizer. His work included development of analytical methods for drug formulations and synthesis of novel polymorphs and salts of pharmaceutical compounds. He also specialised in conducting investigations of complex scientific problems encountered during drug development. Jason is a co-inventor on several solid-state pharmaceutical patents, including patents covering atorvastatin.