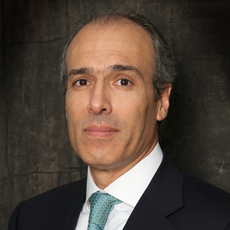 Dr Romero-Muci received his law degree summa cum laude from Universidad Católica Andres Bello in 1985, a master’s degree in law (LLM) and a diploma in international taxation from Harvard Law School in 1986 and a PhD in law from Universidad Central de Venezuela in 2003. Dr Romero-Muci has been named as one of the most distinguished tax specialists in Venezuela by Chambers and Partners and the International Tax Review. He is chair professor of tax law at Andres Bello Catholic University and the Central University of Venezuela. He is also a member of the Venezuelan Academy of Jurisprudence and was an alternate Supreme Court of Justice between 1996 and 2000. Before joining D’Empaire Reyna Abogados, Dr Romero-Muci was head of legal tax at Deloitte. He is fluent in Spanish and English. Humberto Romero-Muci has been a tax partner at D’Empaire since 2012.