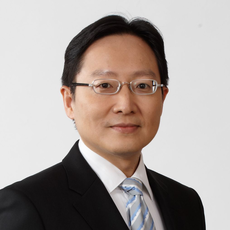 Abe Sung is a partner in the banking and capital markets department. His main practice areas are banking and structured finance, and he advises many domestic and foreign financial institutions on a regular basis. He has been actively involved in many securitisation deals in Taiwan, leading his colleagues in several pioneering cases, including the first cross-border securitisation deal ever done by a Taiwanese issuer. He also contributed to the enactment of Taiwan’s Real Properties Securitisation Law and participated in a number of real estate investment trust issuances. According to Chambers Asia-Pacific’s survey, clients commend him for combining ‘commercial sense with an open mind’ and consider him ‘the first choice’ for structured finance.

In 2002, Abe Sung advised First Commercial Bank in an open bid for sale of non-performing loans, which marked the inception of the non-performing loans market in Taiwan, and since then has advised in more than 30 distressed-asset deals. He also advised Taiwan’s Central Depository Insurance Corporation to dispose of the banks in crisis, again setting milestones – in this case, for the smooth transfer of bank assets and for operations to resolve insolvent banks as sound ones.