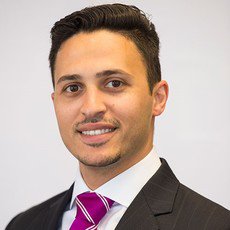 Mr Hammad’s most significant roles have been as a legal adviser to the Ministry of Petroleum and Mineral Resources in redeveloping the Saudi Energy Efficiency Centre, and the establishment of the Saudi National Energy Services Company; lead counsel to Saudi Aramco with regard to negotiating and structuring the formation of a fuel retail joint venture with a major international oil company. He was also counsel to Saudi Aramco and subsidiaries with regard to negotiating and structuring the formation of the GCC Electrical Equipment Testing Laboratory joint venture, and advised on the negotiation and structuring of several power generation plants covering both traditional and renewable energy production. He was also legal counsel to a major construction contractor with respect to the construction of a US$2 billion project in Riyadh, Saudi Arabia.