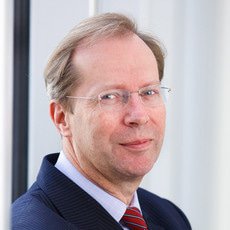 Olivier Hubert, partner, specialises in banking law and financial law, particularly on regulatory matters and structured finance transactions, either in a domestic or international context. His practice also extends to securitisation transactions, derivatives, aircraft and ship finance, acquisition lending and the creation of specialised investment funds.

Admitted to the Paris Bar, he graduated from the Institute of Political Sciences (Sciences Po Paris, 1976) and holds an advanced degree (DEA) in business law from the University of Paris (1978).

He built his experience and practice as international legal counsel in several international investment banks, and joined De Pardieu Brocas Maffei as a partner in 2002. He is a member of the International Bar Association.