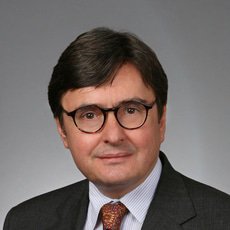 Michael Hyatte is a senior counsel in the Washington, DC office of Sidley Austin LLP. Michael joined the firm in 2001 after nearly 20 years with the SEC’s Division of Corporation Finance, including more than 10 years in its Office of Chief Counsel and five years in its Office of International Corporate Finance. At the SEC, his duties included interpreting regulatory and disclosure rules in advice to the Commission, the Division staff and the public. The written record of his work for the SEC includes more than 500 no-action letters, the Trust Indenture Reform Act of 1990, Exchange Act Rule 12h-5, and provisions of the Commodity Futures Modernization Act of 2000. Reflecting his wide range of experience, Michael regularly counsels on the Securities Act of 1933, the Securities Exchange Act of 1934, the Trust Indenture Act of 1939 and the Sarbanes-Oxley Act. Michael is a graduate of the University of Chicago and the Indiana University School of Law, and is admitted to practise in Illinois and the District of Columbia.