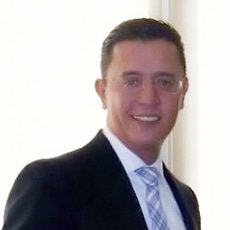 Alberto M Vázquez is a graduate of Universidad La Salle, where he obtained his law degree in 1996 with a thesis entitled ‘Expropriation as a Right Derived from Mining Concessions’.

With more than 20 years of experience, his practice is focused on corporate law, mining, migration, foreign investments and community relationships.

Mr Vázquez is involved in the establishment of Mexican companies and the corporate management of mercantile companies, as well as drafting agreements in general and representing important corporate foreign groups with business in Mexico.

In relation to mining issues, he has carried out important negotiations to access superficial lands where concessions are located; in addition, he has vast experience in drafting and negotiating contracts that involve mining concession rights, dealing with mining corporations in general and building community relationships.

Mr Vázquez is also a skilled lawyer in migration matters, including obtaining immigration documents for foreign executives from other jurisdictions who have come to work in Mexico.

He is an active partner of the Mexican Mining, Metallurgy and Geology Engineer Association AC, and is a member of work groups organised by the Mexican Chamber of Mining (CAMIMEX) and the General Direction of Mining Promotion in the Ministry of the Economy.

He has been invited as a speaker to local and international seminars related to mining law issues, and has written several articles for magazines specialising in mining and environmental law.

Mr Vázquez has also been recognised by Who’s Who Legal as one of the world’s leading practitioners in the mining sector. He was also nominated by Who’s Who of Professionals for ‘Advisor of the Year’ for 2012–13.