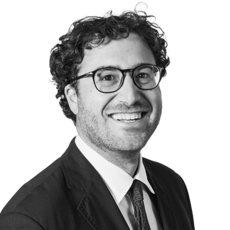 Marco Zotta is an associate of Cleary Gottlieb Steen & Hamilton LLP, based in the Rome office. His practice focuses on administrative law, European and Italian antitrust laws and  telecommunications law. He graduated, summa cum laude, from the Law School of Rome ‘La Sapienza’ in 2003, where he lectured in constitutional law in 2005, 2006 and 2007. In May 2009, he obtained an LLM degree from the University of California at Berkeley School of Law (Boalt Hall). Mr Zotta completed a PhD programme in Law and Economics at LUISS Guido Carli University (Rome) in 2015, focusing on the relationship between regulation and competition law in the electronic communications sector.

Mr Zotta has been a member of the Rome Bar since 2006. He is a native Italian speaker and is fluent in English.