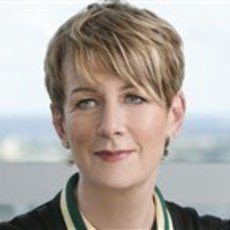 Lisbeth Savill is a partner in Latham & Watkins’ London office and a member of its entertainment, sports and media practice. She focuses on commercial work in the media and entertainment sectors including financing, distribution and licensing arrangements for audiovisual content, and the purchase, sale and financing of entertainment companies. Her clients cover a wide range of interests in the entertainment and media sectors including equity and debt financiers, major studios, independent producers, rights holders and distributors of film and television content. Lisbeth has been recognised as a leading lawyer in the film and television industries for many years. She is actively involved in issues important to the entertainment sector and is currently also the Deputy Chair of the British Film Institute, the lead body for film in the UK.