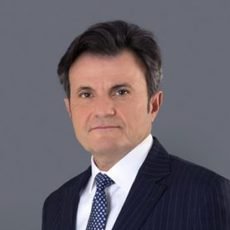 Ioannis Stavropoulos, managing partner of Stavropoulos & Partners Law Office, was admitted to Athens Bar in 1986 and to the Supreme Court of Greece in 1997. He studied at the Law School of the University of Athens (LLB, 1983) and the University of Kent, UK (LLM, 1985). As a tax consultant or tax attorney, he has dealt with numerous cases concerning the application of double taxation treaties, transfer pricing and EU direct taxation and VAT legislation. A number of his cases constitute leading jurisprudence published in Greek and international legal and tax journals. He has participated in legislative and scientific committees either as an expert or representing various organisations. During 2012 to 2014 he actively participated, as an expert, in the tax reform committee that redrafted all the major tax legislation and codes in Greece. As a business lawyer, he has taken part in major merger and acquisition projects, domestic and international share and asset transactions as well as antitrust cases. He has published articles on various tax issues and has participated as a speaker in numerous conferences. He participates in the Taxation Committee of the American Hellenic Chamber of Commerce as well as in tax and legal committees of various federations and chambers.

The objective of this book is to provide tax professionals involved in disputes with revenue authorities in multiple jurisdictions with an outline of the principal issues arising in those jurisdictions. In this, the seventh edition, we have continued to add to the key jurisdictions where disputes are likely to occur for multinational businesses. Each chapter provides an overview of the procedural rules that govern tax appeals and highlights the pitfalls of which taxpayers need to be most aware.