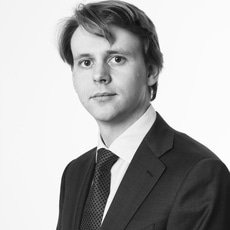 Marc Noldus is an associate in Linklaters’ dispute resolution practice group. He joined Linklaters in 2014 after having obtained a master’s degree in European law at Leiden University. Prior to this, Marc studied at Tilburg University, the Netherlands and the Radzyner Law School at the Interdisciplinary Center in Herzliya, Israel.

Marc focuses on international arbitration and litigation in the energy and finance sectors. He has gained particular experience in acting as counsel in arbitrations administered by the NAI and as counsel to an oil and gas company in a dispute regarding the sale and supply of natural gas. Marc is currently acting (together with Marc Krestin) in a large NAI arbitration regarding a post-M&A dispute between two multinational banks. He has also assisted in an arbitration administrated by the NAI in which one of the firm’s partners acts as arbitrator.

Prior to joining the dispute resolution practice group, Marc worked in the firm’s banking practice group where he advised on international lending transactions. Marc has advised syndicates of international banks as well as corporate borrowers, and his experience includes trade and export financings, acquisition financings and project financings. He has gained experience in lending transactions in different sectors, notably the energy sector.