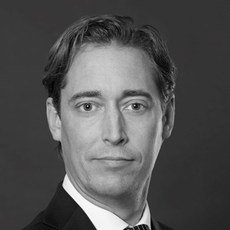 Fredrik is a partner and member of Schjødt’s Banking & Finance team. He specialises in and has vast experience with international finance transactions and debt restructurings.

Fredrik started his career in 2001 as an associate in the banking team of Lagerlöf & Leman which subsequently became Linklaters, where he was promoted to managing associate in 2006. During this period, he was also seconded to the legal and compliance department of Credit Suisse in London for six months in 2004. In 2007 Fredrik joined the banking team of White & Case as a senior associate before he was recruited to Hamilton as a partner and head of its Banking & Finance team in 2010. Through a combination of the two firms, Hamilton merged with Schjødt with effect as of 1 January 2020.

Fredrik is recognised as a leading lawyer in banking and finance by international legal directories such as Chambers Europe, Chambers Global, Legal 500 and IFLR1000.