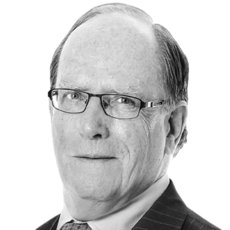 Professor McLaren is counsel to the London, Ontario law firm McKenzie Lake Lawyers LLP and a professor of law at Western University. He has extensive personal experience in the alternative dispute resolution processes of sport and is a member of the Court of Arbitration for Sport. Professor McLaren’s sport law experience is long and varied. In 2007 and 2008, he sat on the arbitration panel that heard the Tour de France Floyd Landis doping case, collaborated with Senator Mitchell on the Mitchell Report examining doping in Major League baseball, and was invited to be an arbitrator for the Court of Arbitration for Sport Ad Hoc Division for the Olympic Games. In 2015, he was a member of the WADA Independent Commission looking into alleged cheating in doping in Russia in the discipline of athletics. In 2016, he was the independent person running the investigation into allegations by Dr Rodchenkov, the director of the WADA accredited lab in Moscow, who published details of sample swapping at the Sochi Olympic Games. There were two reports; one in July 2016 and then one in December 2016. They have caused an enormous reaction in the world of sport.