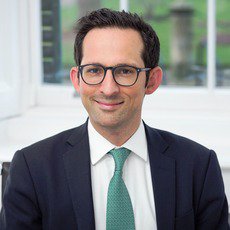 Can Yeğinsu is a barrister at 4 New Square Chambers in London, practising in commercial and investment treaty arbitration, commercial litigation, and private and public international law.

In the field of international arbitration, Mr Yeğinsu has been described as ‘fiercely clever but also a true team player; he knows arbitration inside out and is a very elegant and effective advocate’ (Chambers UK), possessing ‘serious legal brainpower, accompanied with a deft touch with clients’ (The Legal 500) and ‘in a class of his own’ (Chambers Global), with experience of advising on and appearing in commercial and investment arbitrations, including under the ICSID, UNCITRAL, LCIA, ICC, LMAA and CIArb Rules. Mr Yeğinsu also accepts appointments and is recognised by Who’s Who Legal as ‘very thorough and decisive as arbitrator’. In 2019, he was shortlisted for Barrister of the Year in International Arbitration by The Legal 500.