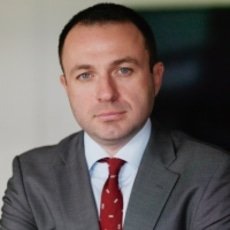 Dimitris Gialouris is a member of our tax litigation practice and dispute resolution team. He was admitted to the Athens Bar Association in 2006 and joined our firm in 2014.

Dimitris’ practice focuses on tax litigation involving direct and indirect taxation, import duties and customs rules, regulations and legislation, as well as in EU law matters. He has extensive experience in dispute resolution and alternative dispute resolution (out-of-court and judicial settlements). He has pleaded for numerous of disputes on such matters before the Administrative Courts of First Instance and of Second Instance (Courts of Appeals).

He has also provided advice to domestic and international legal entities on direct and indirect tax matters and on administrative (tax, customs) and court procedure. His practice includes extensive experience in managing negotiations with tax and customs authorities on out-of-court and judicial settlement. He has also published extensively in Greek and International tax law journals on the above mentioned areas of laws including comments on ECJ case-law.