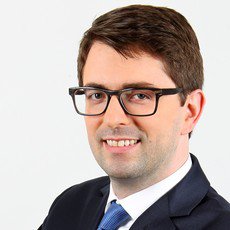 Samuel Bordeleau is a managing associate in the global energy and infrastructure group in Paris and a member of the Quebec Bar (2007) and the Paris Bar (2011). He concentrates his practice on infrastructure and energy projects of all types, with a particular focus on the renewable energy sector.

Samuel advises a diversified client base on project financing, project development and M&A transactions in the infrastructure and energy spheres in France and abroad. Since joining Linklaters LLP in 2012, he has acted on more than 60 deals representing, for energy projects alone, an aggregated installed capacity of more than 1.2GW of wind assets and more than 1.2GWp of solar assets. Landmark transactions in which he was recently involved include ongoing advice to the lenders on the project financing of the three first offshore wind projects to be financed in France (Courseulles-sur-mer, Fécamp and Saint-Nazaire); advising the lenders to EQT on the financing of the acquisition of the Saur group; advising a major infrastructure fund on the sale of a portfolio of more than €1 billion of infrastructure (rail, telecommunications, motorways) and wind assets across Europe; and advising Sumitomo on the acquisition, from Engie and EDPR, of an equity stake in the Noirmoutier and Le Tréport offshore wind projects.