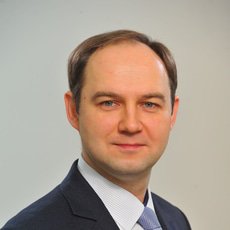 Sergey Lakhno is a counsel and head of international trade practice at International Law Firm Integrites. He has more than 15 years of experience in the field of trade law of the World Trade Organization (WTO), preferential trade agreements, application of trade remedy measures (anti-dumping, safeguard, countervailing) aimed at protection of domestic market and interests of the companies in foreign markets, issues of foreign trade regulation, and harmonisation of Ukrainian legislation with the WTO and EU requirements. He has participated in trade investigations against Ukrainian products in the EU, Canada, United States, Brazil, the Eurasian Economic Union markets, as well as in investigations to protect the domestic market of Ukraine from unfair imports.

During 2016 and 2017, Sergey worked in the Antimonopoly Committee of Ukraine, where he practised application of economic analysis instruments in investigations on violation of the law on protection of economic competition.

In 2006–2016, working at Interpipe, Sergey protected company interests in trade remedies investigations in domestic and foreign markets, and dealt with regulatory and customs issues related to its foreign trade activities.

Working in various positions at the Ministry of Economy of Ukraine in 1999–2005, and in 2006 as an adviser to the Minister, Sergey formed the negotiating position and commitments of Ukraine on WTO membership, conditions for state support, and access to the markets of goods and services.