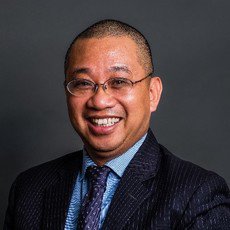 Nguyen Viet Ha is a partner at Lexcomm and the head of the mergers and acquisitions, real estate and construction, technology, media and telecoms, and intellectual property practices, with more than 25 years of legal practice.
In 1994, Ha commenced his legal career, joining Freehills at its Hanoi Branch, as one of the first Vietnamese lawyers in a foreign law firm in Vietnam.
Ha has practised actively in the IT, media and telecoms sector for 20 years. In his role as in-house counsel with Vietnam Post and Telecommunications Group (VNPT), he appeared as lead counsel in charge of many large-scale foreign investment projects (including business cooperation contracts with Telstra, France Telecom, NTT, Korea Telecom, Comvik and Vinasat 1) in Vietnam’s telecoms sector from 1994 to 2005.
Ha was also the head counsel for Vietnamobile, a brand of Hutchison Telecom International providing mobile phone services in Vietnam.
Ha is admitted to practise in Vietnam as a qualified lawyer of the Hanoi Bar Association and a member of the Vietnam Bar Federation. He is also a member of the New York State Bar Association.
Following his successful participation in a nationwide legal competition in 2002, Ha was awarded a full scholarship to read a Master of Laws (LLM) at the School of Law, Niigata University (Japan). During the years 2002–2005, Ha focused mainly on e-commerce and M&A in the IT, media and telecoms and energy sectors.

Since the first edition, this compendium has grown and now covers 20 jurisdictions in this third edition. Whether you are already active in his sector or merely interested in learning more about the policies, legal structures and state of play in the renewable energy industry globally or in a particular country, we hope that this guide will aid you in your efforts as a participant in an exciting and continually expanding industry.