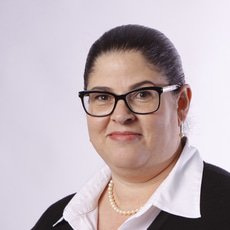 Heloisa Barroso Uelze joined the firm in 2000 and became a partner in 2005. She is currently head of both the Brazilian public law, government relations and regulatory practice group and the ethics, compliance and investigations practice group at Trench Rossi Watanabe Advogados. Mrs Uelze has vast experience working in compliance matters representing the clients before both the public administration and the judiciary department. On innumerable occasions, she has dealt with the federal and state Public Prosecutor’s Offices negotiating deals in matters that involved the Brazilian Improbity Law and Clean Companies Act. She has also defended clients’ interests before several courts of accounts (at federal, state and municipal levels). Mrs Uelze also works with the clients in strengthening their compliance areas, by improving both the internal rules and the mechanisms to enforce these rules. She prepares and reviews internal policies and guidelines, participates in several large internal investigation cases (including multi-jurisdictional cases) and also provides speeches and training to the clients’ teams, in order to make sure everyone is aware of the applicable rules. Heloisa is recognised as a leading practitioner in such areas of law by various international publications such as Chambers, LACCA, Análise Advocacia and PLC. She graduated from Pontifícia Universidade Católica de São Paulo Law School and is a specialist in administrative law, constitutional law, tax law and civil procedure.