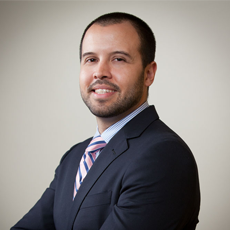 His clients include, among others, international and local companies involved in oil and gas, industrial and manufacturing processes, power generation, quarrying, service companies and local conglomerates operating in various sectors. Jon Paul regularly provides advice on a wide range of core petroleum and petroleum-related issues, industrial matters (including foreign direct investment issues), tax, joint ventures, M&A transactions, industrial regulation (including HSE matters) and other commercial/corporate matters. In the course of his career, he advised on and acted in multiple prospective and actualised energy projects, including those involving gas sales, petroleum transportation issues, petroleum terminal optimisation, metallics, LNG, CNG, polypropylene, polyethylene and petrochemicals. He also regularly represents both local and international clients before the Tax Appeal Board on contentious appeals against assessments made by the Board of Inland Revenue.

Jon Paul is also recognised in Chambers Global, World’s Leading Lawyers for Business, having first been recognised while he was still an associate.