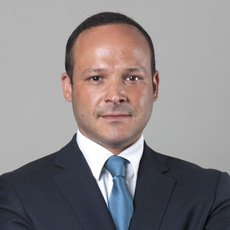 André Duarte Figueira has been a senior associate at Cuatrecasas since 2017. He is head of the firm’s oil & gas department in Portugal. Between 2013 and 2017, he was head of legal affairs at Portfuel – Petróleos e Gás de Portugal, Lda, and legal manager at the US company Petro Lions, LLC.

He developed his career in international tax planning, particularly regarding double taxation agreements between Portugal and the US.

In the US, he was involved in the entire process of creating and approving the oil-and-gas operator Petro Lions, LLC, together with the competent institutions, including the IRS – Internal Revenue Service – and the Texas Railroad Commission. In the field of oil and gas, he participated in the negotiation of various international agreements, particularly in the US, with Schlumberger, High Sierra and Superior (mineral rights and lease negotiation, operating and participation agreements, farmouts and regulatory compliance). In Portugal, he worked as head of legal affairs at Portfuel, Lda, during which he negotiated with the Portuguese state and obtained two concessions (Aljezur and Tavira) for the prospecting, operating and marketing of oil and gas in Portugal. He has focused his activity on corporate law, participating in court and out-of-court conflict resolution in civil, administrative and tax matters.