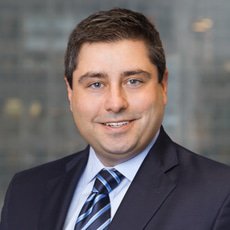 Sean Thompson is director of intellectual property strategies and general counsel, and is responsible for the development and execution of Parabellum’s intellectual property investment strategies. He also serves as the firm’s general counsel. Sean is an experienced IP litigator, having represented both patent owners and accused infringers. Before joining Parabellum, Sean was senior litigation counsel at Blackbird Technologies, a leading patent monetisation company. At Blackbird, he served as lead counsel on numerous patent litigations at the district court and Federal Circuit levels. Sean was previously an IP litigator at WilmerHale, where he represented some of the largest technology and pharmaceutical companies in the world. He litigated cases involving patents directed to a wide range of technologies, including semiconductors, unmanned aerial vehicles, and pharmaceutical products. Sean began his career as a commercial litigator at Cravath, Swaine & Moore LLP. He earned his joint JD/LLM from Cornell Law School, where he was an editor of the Cornell Law Review. He received his BA from Boston College and his MS from the London School of Economics.