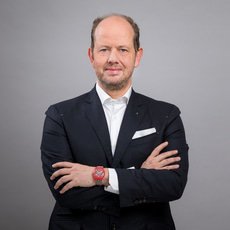 Jean-Louis Schiltz is the senior partner at Schiltz & Schiltz and a professor (Hon) at the  University of Luxembourg.

Jean-Louis Schiltz is a regular speaker at tech law and innovation conferences, and has  authored and co-authored a number of articles and reports in the field over the past few years.

He serves as a member for a number of companies and non-profit organisations.

From 2004 to 2009, Jean-Louis served as a Cabinet Minister in Luxembourg. His portfolio included media, telecommunications, technology, international development and defence.

Jean-Louis joined the firm in 1989 and was admitted to the Luxembourg Bar the same year.

Jean-Louis Schiltz holds a postgraduate degree (DEA) in business law from the University of Paris I, Panthéon-Sorbonne. He taught at his alma mater in the early 1990s.